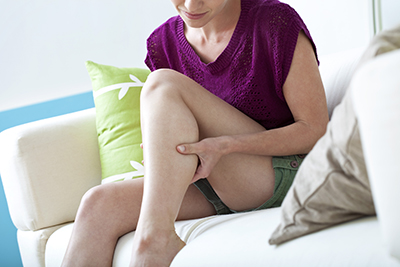 In other parts of the country, people might be quick to think about tunnels as being underground features or something trains go through. Here in Dallas, though, you might think about our Dallas Pedestrian Network, which obviously connects various city attractions, offices, and hotels. One cool thing about this system is that it developed organically.

Now, you might think about those tunnels, and someone from other parts might think about trains, but there are also tunnels in your body. Perhaps the most well-known is the carpal tunnel, and this can be attributed to the condition that can develop when a nerve running to the hand through a passageway in the wrist is compressed. Of course, this condition is carpal tunnel syndrome. Tarsal tunnel syndrome is actually quite similar, except it happens in your lower body.

The tarsal tunnel is formed between the medial malleolus—part of your ankle bone, specifically the bump on the inside edge—and a band of ligaments known as the flexor retinaculum, which stretches across the foot. Within this tunnel, there are various nerves, tendons, and arteries. One of those nerves is the tibial nerve, and it is responsible for providing sensation to the bottom of the foot. When the nerve becomes compressed, though, it can lead to burning and tingling sensations, shooting pain, and sometimes even numbness.

Tarsal tunnel syndrome can be caused by flat feet or fallen arches, arthritis, diabetes, enlarged or abnormal structures, and particularly any swelling that compresses the nerve.

If you are experiencing strange physical sensations in your lower limbs, something is wrong. Our doctors, Joel Brook, Arroyo, and McClurkin can determine the nature of the problem and then develop a treatment plan to effectively address the issue. When you have burning, tingling, or painful sensations, or you cannot feel anything due to numbness in the area, the problem might be tarsal tunnel syndrome. Of course, we won’t know until you actually come in and see us!

Don’t put up with foot pain! Instead, schedule an appointment with Dallas Podiatry Works and let us provide the effective treatment you need. Call us at 972.853.7100 for more information or simply request an appointment for either our Plano or Dallas, TX foot doctor offices online today.